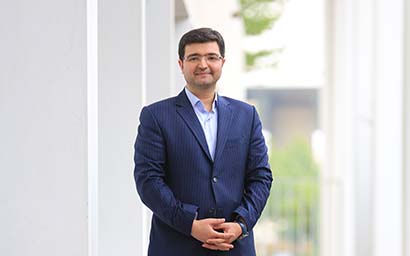 Amid a fresh wave of American sanctions, Romil Patel spoke to Meysam Hamedi, director of financial markets and instruments at Iran’s Securities & Exchange Organization (SEO). The SEO supervises and regulates Iran’s capital markets. Can you summarise its core functions and responsibilities?
In Iran, we have what we call a vertical model of regulations which financial markets are divided into: the banking system, insurance market and capital market. The banking system is supervised by the central bank and the insurance market is supervised and regulated by Iran’s central insurance company. The capital market is supervised and regulated by the SEO. As it is mentioned in the Securities Market Act, its core function is to protect the rights of investors, organise and operate transparent and efficient securities markets. The Securities and Exchange High Council sets capital market macro policies and the SEO has to execute those policies set by the high council. The main responsibility is to provide different regulations to supervise the market. Iran has two securities exchanges and two commodities exchanges and all of them are regulated and supervised by the SEO. Other SEO responsibilities include taking necessary measures to prevent violations. There is a relationship between the SEO and judiciary system and in case of crimes, the SEO is responsible for uncovering and sending them into the judiciary system. We take necessary measures and required actions to protect the rights of investors in security markets. The SEO also suggests new financial instruments to the high council to be approved. When the Iran nuclear deal was struck, a lot of foreign investors anticipated being able to access the Iranian market. The picture is quite different now and getting access to and investing in Iran is still a mystery to many overseas investors. What would you say about Iran’s market accessibility?
The story stems from risk and return trade-off. But I believe that Iran’s market is not known so far – whether JCPOA [the Joint Comprehensive Plan of Action, also known as the Iran nuclear deal] is active or not. In Iran’s case I would say that investing is really easy. We have online trading and foreigners can access Iran’s capital markets through the internet. There are two ways in which foreign investors can refer to the capital markets, and one of them is through Iran’s Foreign Investment Promotion and Protection Act (FIPPA). There are some advantages for foreign investors in Iran. For example, they are exempt from paying dividend tax, or they can invest more than 20% and can own a company through the capital market by buying shares. There are systems that foreigners can refer to and get quotes. What is important is the identification of those foreign investors. Recently, the Central Security Depository of Iran (CSDI) launched a new system called SEJAM for identification of investors-both Iranian and foreigners. It is not necessary to physically identify them, they can upload their passports and be identified through a web-based system and start trading. The SEO is developing numerous products, including Islamic bonds, warrants and insurance-linked securities. What impact is the SEO aiming for from these?
A product which is going to be launched soon is crude oil transactions within Iran’s energy exchange. It is possible for Iranians and foreigners to buy crude oil from Iran’s energy exchange and there are even some options on it. Another one is crowdfunding and its platforms and regulations are ratified by the SEO. Its responsibility for supervising those platforms on crowdfunding systems has been rested on Iran’s Fara Bourse (IFB) exchange and the committee for supervising them is headed by the SEO. There are around ten platforms requesting to be launched. In the case of warrants and insurance-linked securities, these two have been raised on the Sharia board of the SEO and have taken resolutions. However, their regulations are not finalised yet. The central insurance company and the SEO are working on the regulations. In the case of Islamic products, the SEO tries to provide a chain of financing instruments for companies that can raise funds based on different needs. How does the SEO envisage these new products will counter the effects of US sanctions?
As the US has targeted the economy of Iran and financing is the blood of the economy, the SEO tries to provide and facilitate financing opportunities for a vast majority of companies through financial instruments. We think our initiatives can somehow counter and circumvent US sanctions. In addition, the SEO stands beside the government to relieve the effects of US sanctions. Are the products aimed at the domestic market or foreign investors too?
It is focused on domestic investors. It is not prohibited for foreign investors to enter into these markets, but they are not launched into foreign currencies. We have some products which focus on foreigners – for example, we are planning to issue some kind of sukuk [Islamic bond] in dollars which are related to oil or oil products, or maybe based on musharakah [sukuk] and then issue the oil in a foreign currency. I should mention that there is the potential to attract foreigners is now. Which product launch are you most excited for over the next year?
We are changing the regulations of collective investment funds and I think that in the next year, fund investing will flourish. Iran’s energy exchange regarding crude oil transactions will be the most exciting one. ©2018 funds global mena