CUSTODY INTERVIEW: ‘I won’t chase the market to the bottom’ 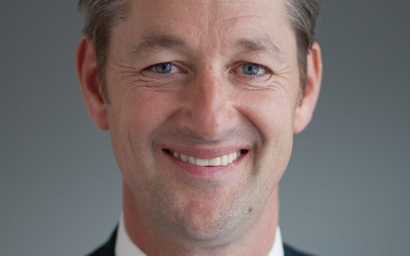 HSBC Securities Services says it is the dominant securities provider in much of the MENA region. George Mitton meets Cian Burke, global head of the business, and his colleague Arindam Das to find out more.

At a bend in Dubai creek, where the historic neighbourhood of Shindagha meets Bur Dubai – a place where traditional boats called abras still ferry passengers across the water for a dirham each way – there is a several-storey, sand-coloured building with tall windows and Islamic arches that bears the name HSBC.

Though the securities division of the firm has not been here for so long – the Middle East business of HSBC Securities Services was set up in the early 1990s – its role is almost as integral to the region’s capital markets as HSBC’s branches are to retail customers. HSBC Securities Services says it has a dominant position in every MENA market where it chooses to operate. That would appear to make it the leading player in this region. The one to beat.

Is this dominance secure? Or will the many challengers to the firm’s position – the likes of Northern Trust, Deutsche Bank or Standard Chartered, for instance – succeed in taking more of the pie, perhaps by competing aggressively on price? I met Cian Burke, global head of HSBC Securities Services, and Arindam Das, head of the business in the MENA region, to find out.

CAVERNOUS
Our meeting was arranged to take place at the Sibos conference in Singapore. Like many in the cavernous exhibition hall, the HSBC stand included closed meeting rooms, armchairs and refreshments and was, in total area, larger than my apartment. I took a seat to interview Burke, an Englishman whose first name is pronounced ‘key-ann’, who was dressed in a pinstripe suit and had the brisk air of a man who had a lot of other meetings to attend to. He was joined by Das, who comes from India and has a tranquil attention to detail that might, in another life, have suited him for a career in academia.

The first question, logically enough, was – how important is the MENA region in the context of HSBC’s global securities business? Burke replies that it’s neither the largest in terms of assets under custody nor in terms of revenues, but it is important to the firm because of HSBC’s comparative strength in these markets.

“We don’t operate in Jordan any more,” says Burke, referring to HSBC Securities Services’ withdrawal from the country in 2014, part of a group-wide exit from Jordan, “but everywhere else we currently operate in the region, we have a dominant market share.

“That’s not something that’s been achieved lightly,” he adds. “It’s taken a huge commitment from Arindam’s team on the ground in those markets.”

It’s taken a commitment of manpower too. “We’ve got more people in the UAE than most of our competitors in the whole of the Middle East,” says Burke.

Being a dominant player is clearly a gratifying position to be in. HSBC is the go-to securities provider in many Gulf markets. But with dominance also comes anxiety. Burke admits that “when you’ve got a significant market share, there’s only one way for us to go”, which is to say down. And there are plenty of competitor firms who would love to grasp some of HSBC’s client base.

They are trying to do so, in many cases, by undercutting HSBC. What is Burke’s policy when it comes to dealing with clients that have been offered lower fees by competitors?

“What I won’t do,” he says, “is chase the market to the bottom. In fact, I had a meeting this morning with one of our clients where I reiterated this very point. We are always going to be challenged by our competitors pricing very aggressively. But I’m not going to operate any of the business at a loss. As a client, you’ve got to understand what you’re getting. Our market experience, the market advocacy that we bring, and the considerable on-the-ground presence, quite honestly, costs, and I think it’s entirely reasonable that we’d expect to be paid for that.”

SAUDI STORY
One of the biggest stories in the past year has been the opening of the Saudi stock exchange, the Tadawul, to direct investment from foreign institutional investors. HSBC has played a key role in helping foreign investors gain licences to invest there. It recently revealed a deal to provide custody to Ashmore Group, one of the first asset managers to gain a qualified foreign investor (QFI) licence.

Das says the firm’s position in the Saudi market, where it now employs about 40 people in the securities business, demonstrates its commitment to the region.

“Saudi Arabia was a case in point where that the competition could have stolen the first mover advantage we have enjoyed elsewhere in MENA,” he says. “The QFI opening levelled the playing field for all custodians, but we were able to retain our market share because we invested far more in advance. We applied the typical Dubai motto – build it and they will come. We started investing significantly in our people, processes and technology a year before the market opened up.”

There was much fanfare around the market opening – in this magazine and elsewhere – but so far, there has been relatively little in the way of foreign inflows. Das says that although there are few active foreign investors yet, “there is a high level of activity behind the scenes”.

HSBC is in the process of registering many more foreign institutions, he says. He expects a forthcoming roadshow from the Tadawul in partnership with the Capital Market Authority, the Saudi regulator, to drum up more interest.

“The regulator has listened to concerns from market participants and is responding, he says. He predicts a gradual increase in foreign investor flows that will come alongside a loosening of regulatory requirements.

CONTINUANCE
Das is confident HSBC can maintain its strong position in the securities services business in the region. “Most of our competitors came into the region in 2008,” he says, “just before the financial crisis. It’s been seven years now and we haven’t lost material market share in any market.”

That is to say, the firm hasn’t lost market share in any market where it still operates. There is always the case of Jordan and the withdrawal there.

There are other reasons to be optimistic in the Gulf, adds Das, besides the Saudi story. One example is the UAE-listed telecoms provider Etisalat joining the MSCI Emerging Markets index and the consequent international flows into that and other names.

Das says the firm’s assets under custody in the UAE have risen, even though the indices of the country’s stock exchanges have fallen in recent months.

In Qatar, meanwhile, many companies have increased their foreign ownership limits, which leads to more international inflows. “These are countercyclical things,” he says.

FUTURE
There are reasons to think HSBC’s dominance as a securities provider in the MENA region can persist for some time yet. However, there is a Middle Eastern country where the firm will not be active any time soon – Iran. Despite expectations the major world powers will soon lift sanctions, an event that ought to make it legal for banks and other Western businesses to operate there, Burke dismisses the possibility of HSBC Securities Services offering custody to foreign investors on the Tehran Stock Exchange. He says the country is not a priority for HSBC Group and, as a result, is not a priority for the securities business.

Could HSBC’s competitors gain a foothold in the MENA region by entering Iran early? Perhaps. There is interest from a number of frontier fund managers in buying Iranian equities once it is possible to do so. No one knows for sure, though, when sanctions will be lifted. In the meantime, HSBC will focus on defending its market share in the rest of the MENA region – something it is well practised at doing.