Only seven funds in the Mena region contain more than $1 billion, yet performance of some equity products, especially in the UAE, has been stellar in recent months.

The Middle East and North Africa (Mena) region contains a diverse range of countries with different economic conditions. Unsurprisingly, the funds industries in each country differ from one another.

In regional terms, the big money is in Saudi Arabia.

Four of the top five funds by size are domiciled in the kingdom, including the largest, NCB Capital’s Al Ahli Saudi Riyal Trade Fund. All four of these large Saudi funds are trade finance vehicles.

TOP ISLAMIC FUNDS
Saudi Arabia is also home to four of the top five equity funds by size (see page 42), including the largest, the HSBC Amanah Saudi Equity Fund. The significance of
the Saudi market appears most starkly when only Islamic funds are considered. All ten of the top Islamic funds by size are domiciled in the kingdom.

And yet Saudi Arabia and its near neighbours are less important than the North African countries when it comes to fixed income funds.

Four of the ten largest fixed income funds are domiciled in Morocco. The biggest, the FCP Capital Obligations Plus Fund from BMCE Capital Gestion, is the only fund with more than $1 billion that is neither a money market nor a trade finance vehicle.

Tunisia has five of the top ten fixed income funds by size, including products from BIAT Asset Management and Tunisie Valeurs. The one exception to North African dominance of this sector is the Blom Bond Fund, domiciled in Lebanon.

In recent months, North African funds have not been able to compete with their rivals in the Arabian peninsula in terms of performance, though.

The stand-out market seems to have been the United Arab Emirates. All five of the best-performing funds in the year ending March 31 were focused on this country. The best performer, the Emirates Gateway Fund from Shuaa Capital, returned 39%. All five of these funds were equity products that have benefited from a strong rally on the Abu Dhabi Securities Exchange in the past year.

Among fixed income funds, there was some good news for North African players. The best-performing bond fund was from CI Asset Management, of Egypt, which returned 14%.

Arab African Investment Management and EFG Hermes, both also from Egypt, each had one fund in the top ten fixed income funds by performance.

However, the market as a whole is still small compared with the likes of Europe, the US and Asia. Only seven funds in the Mena region contain more than $1 billion, and all but one of these are money market or trade finance vehicles. Fund companies in the region would like to see assets under management increase in their equity and fixed income funds, which yield higher fee revenues, but this will take time.

All data is provided by Zawya Funds Monitor and is correct as at March 31, 2013 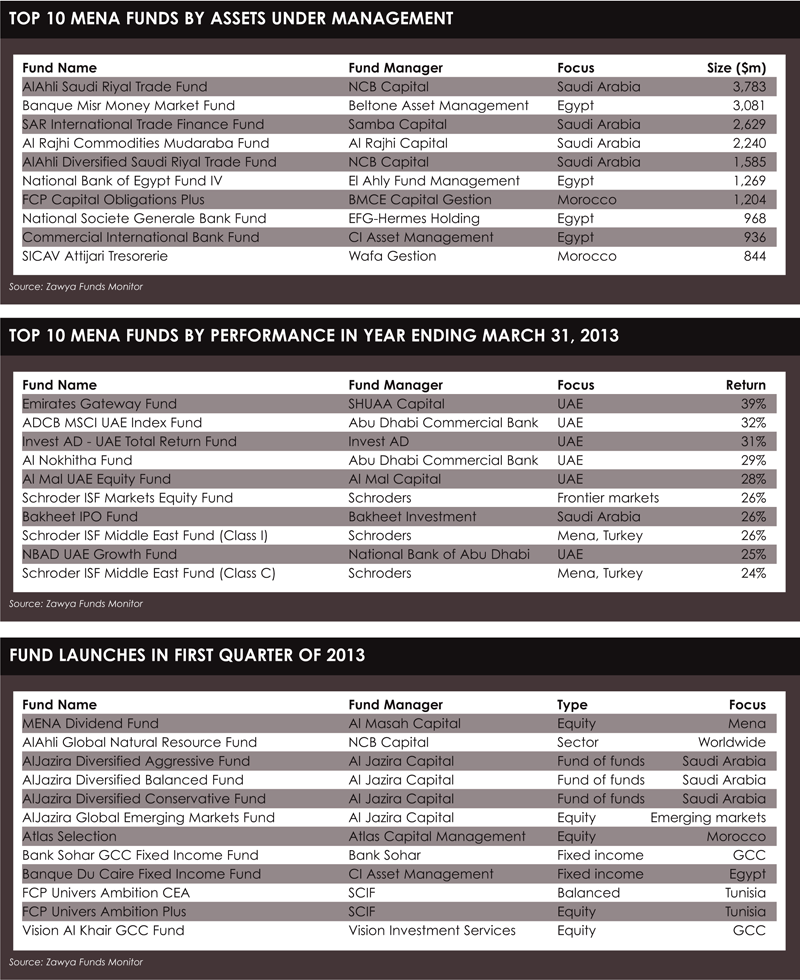 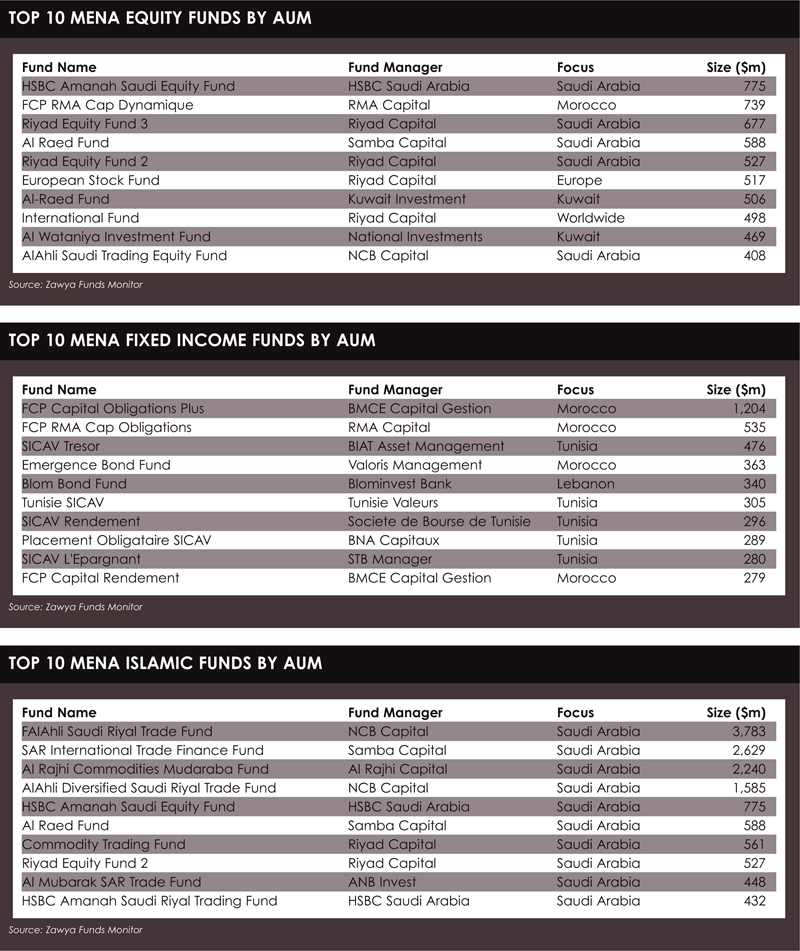 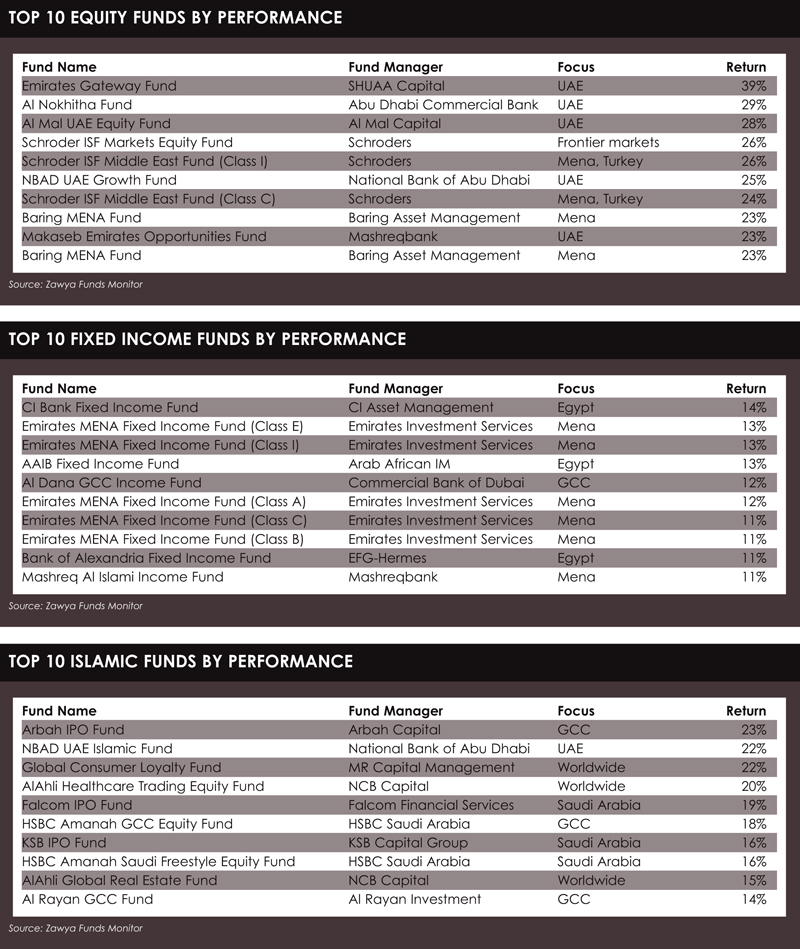