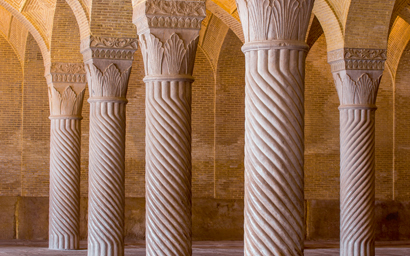 The lifting of sanctions led to a rush of asset managers hoping to invest money in Iran. But despite the excitement, many hurdles remain. George Mitton reports.

It’s getting easier to visit Iran. National carriers appear on flight comparison websites again, visas are issued on arrival to more nationalities than before and British Airways is even planning to restart direct flights from London to Tehran. Many of the business travellers on their way to the country are seeking investment opportunities in the wake of sanctions being lifted on January 16. Asset managers are among them.

“As the country is welcomed back into the international fold, we expect to see significant foreign investment inflows,” says Rouzbeh Pirouz, chairman of Turquoise Partners, a Tehran-based asset manager that recently launched an Iranian equity fund in partnership with London-based Charlemagne Capital. Another Tehran-based firm, Griffon Capital, is launching a rival product (see pages 12-13).

There is a clear appeal to investing in a country that has been starved of foreign capital for years. Iran is an attractive frontier market with a large population and a diverse stock market. But many challenges remain. Potential investors must take care.

THE OPPORTUNITY
Iran is a big country rich in oil, gas and minerals. Its population is about the same as Turkey’s and its GDP, at roughly $415 billion, is nearly as big as that of Austria. During years of restrictions on foreign trade, Iran built up significant pent-up demand for imports, as seen by its order in late January for 118 planes from France-based Airbus. The country’s two stock exchanges, the Tehran Stock Exchange, founded in 1967, and the smaller Fara Bourse, together have a capitalisation of about $90 billion – larger than that of Kuwait, currently the biggest constituent of MSCI’s Frontier Markets index.

Many investors are excited about accessing the country. “Iran represents one of the best emerging market investment opportunities of recent times,” says Dominic Bokor-Ingram, portfolio adviser at Charlemagne Capital. A tantalising fact is that Iranian equities are on average trading at about five-and-a-half times earnings, a ratio that is much lower than emerging markets in general and which analysts attribute to years of financial exclusion.

Fund managers have long predicted the lifting of sanctions would lead to a rush of foreign capital into the country. Charlemagne Capital believes that, without sanctions holding it back, the country’s economy will grow up to 8% a year. Last year, another emerging market investment firm, Renaissance Capital, predicted $1 billion of inflows into Iranian equities within a year of sanctions ending.

THE HURDLES
Investors face many challenges as Iran returns to global markets. One is that the return of half a million barrels a day of Iranian oil to global markets has driven oil prices down again, causing more pain for investors in regional stock markets, which tend to move in line with energy prices.

Another factor is the resentment in Riyadh at the Iranian detente. Relations between Saudi Arabia and Iran have deteriorated lately, with the execution of a Shia cleric in Saudi Arabia in January leading to the storming of the Saudi embassy in Tehran and a freeze in diplomatic relations between the two countries. Geopolitical tension is bad for stability – and for stock prices.

There are practical problems too. Although the bulk of European Union sanctions have been lifted, exclusionary measures remain in place related to missile technology, nuclear proliferation and equipment used for internal repression. The EU continues to impose asset freezes and visa bans on 87 Iranians and one entity who it blames for human rights violations. In addition, some Iranians may be listed on terrorism and Syria sanctions regimes. Meanwhile, in the US, sanctions have only been suspended, not scrapped. Both Turquoise Partners and Griffon Capital are excluding US investors from their funds.

Scrutiny is required before any capital is committed to Iran, but disentangling who owns what is difficult because, like in other countries that were starved of foreign capital, Iranian corporates have developed complicated conglomerate structures to recycle capital within their groups. Amid this labyrinth of subsidiaries, the country’s elite, ideologically motivated and powerful militia, the Revolutionary Guards, have surprising vested interests.

“The Revolutionary Guards have become part of the business world,” says Hasnain Malik, head of frontier markets strategy at Exotix Partners, an emerging markets investment firm. “Not every listed company is affiliated with them, but to find out which ones are requires a level of due diligence that isn’t required in most other markets.”

CUSTODY LACK
Another difficulty is the lack of foreign custodian banks in the country. As of January 16, non-sanctioned companies and individuals in Iran, including brokers, can access the Swift settlement system, meaning it is feasible to buy Iranian stocks from abroad. But it will be some time before a recognised name such as Citi, Northern Trust or BNY Mellon is available to provide custody to foreign-owned assets in the country.

HSBC Securities Services, the biggest provider of sub-custody services in the Gulf, told Funds Global MENA last year it had no plans to enter the Iranian market. This is understandable. HSBC, like most global players, has a sizeable business in the US, and with America’s stance on Iranian sanctions at risk of change, the company may feel it has more to lose than gain by an early entry in Iran.

Griffon Capital says it will use the Central Securities Depository of Iran to provide custody for its fund. For small funds aimed at professional investors, these kinds of arrangements may suffice. But large institutional investors will require global banks to be present in the country before they deploy serious capital. “For Iran to become a mainstream foreign institutional market, there need to be global custodians,” says Malik.

FUTURE
In time, the lack of foreign custodians, the complexity of conglomerate structures and uncertainty over US sanctions may ease, allowing Iran to become a mainstream investment destination. As money flows in, Iranian corporates will be more willing to meet and woo foreign investors. But it will not happen overnight. Indeed, some analysts argue that despite the cheap valuations on Iran’s stock market, investors should wait for a rise in commodity prices before committing capital.

Those potential investors who are ready to commit will need to cultivate contacts in the country and build up goodwill. The legacy of distrust between Iran and the West, notably the US and UK, goes back years. Neither will Iranians look kindly on foreigners hoping to swoop into their economy and extract returns that might otherwise be reinvested in Iran’s development. The process of building a reputation in Iran will take time, and requires an understanding of local customs and history.

“Iranians are amazing negotiators,” says Akber Khan, director of asset management at Al Rayan Investment, an asset manager based in Doha. “If people think they can steamroll their way through, that won’t be the case. Having a local partner will be a must to negotiate the local culture and not be seen just as an outsider.”