SOUTH AFRICA: The fast and the slow 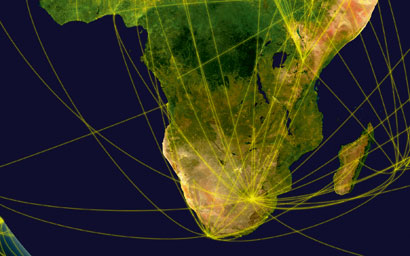 As growth in their home market slows, South African asset managers are hoping to raise funds from the rest of the continent. But they face competition from Middle Eastern and global players, finds Dave Waller.

There is a reason South Africa is always referred to as the financial powerhouse of the African continent: with a GDP of around $600 billion, the country is far and away Africa’s most advanced economy. But it is no secret that it is struggling.

Thanks to the poor performance of commodity prices and manufacturing exports, South Africa has found itself exposed to woes from both Europe and China, causing the International Monetary Fund to reduce growth estimates for 2015 to 2.1% – nearly half the figure estimated in the early 2000s. With unemployment at around 25% and a fiscal deficit of 4.1% of GDP, South Africa is plagued by traffic jams, power cuts and postal strikes.

Meanwhile, other emerging markets in the region appear to be flying. In East Africa, the likes of Kenya, Uganda and Tanzania have declared ambitions to establish their own monetary union, and have already harmonised legislation and relaxed controls on capital and travel. A union would give companies operating in that region access to a population of 120 million.

Over in West Africa, the kind of growth seen previously in Nigeria has been recreated in a host of countries, not least Ghana – one of the fastest growing economies over the last five years, at more than 8% a year. Thanks to rising disposable incomes and the government’s pension reforms, Ghana’s asset management industry has grown at over 30% a year in the past half-decade.

And Ghana is not alone. “In places like Angola and Nigeria you have $50 billion-$100 billion in sovereign wealth and central bank assets,” says Thabo Khojane, managing director of the Africa Client Group at South Africa-based asset manager Investec. “Kenya has reserves of $7 billion-$8 billion. Ghana has $5 billion-$10 billion. Botswana has $20 billion, and that’s excluding its retirement fund, which may add another $5 billion. These figures aren’t huge in US terms but are very significant in African terms, and they’re growing. That’s the critical part – these pools are expanding at a very rapid rate as these economies grow.”

Again, Nigeria’s success provides the blueprint. Having reformed its retirement saving laws, the country’s pension system now contains close to $25 billion, according to Khojane. “And it’s set to double over the next seven years,” he says. “Those assets are mainly invested in domestic fixed income, but as they diversify – looking to other African markets – you’ll see great interest from other South African managers, plus those from the US and Europe, targeting this growing pension fund specifically. The law changed a while back, but we’re only now talking about numbers that are interesting to very large players.”

These growth figures are especially interesting to South African asset managers. The continent’s emerging markets are becoming more and more attractive as South Africa’s own economy matures and stagnates. This is why Johannesburg-based Stanlib Asset Management recently expanded into West Africa via Ghana, giving it a presence in eight countries outside of its home market.

Naturally the firm can expect some pretty stiff competition, not least from other South African asset managers. “When we launched in 2007 there were a couple of funds based in London and a few in the US dealing in Africa,” says Humphrey Gathungu, co-manager of Stanlib’s Africa Equity Fund. “Since then more funds have launched, especially out of South Africa. Now probably every large South African asset manager has an Africa fund invested in listed securities across Africa. Everyone is chasing similar assets in these markets.”

But it is not just South Africa that is showing interest – plenty of Middle Eastern funds have been investing in Africa too. Plus, as you might expect, the major players from the world’s developed markets are involved. “If you are looking at central bank reserves and sovereign wealth in Nigeria, Kenya and Angola, the competition is from US and European-based managers,” says Khojane. “I am up against BlackRock, Goldman Sachs and Pimco, not local names. The good thing for us is that we have competed with them elsewhere – in China, the US and the UK.”

Yet while the likes of BlackRock and Pimco may have the advantage of global experience and scale, South African asset managers should find themselves holding the odd trump card too. Access, for one. It is much easier to get to other parts of Africa from Johannesburg or Cape Town than it is from New York, London or Hong Kong, both in terms of flights and time zones. It is simpler to manage a company’s pension fund, for example, with a local presence. And then there is the quality of relationship you can build.

“We all go through tough times, and trust and confidence among clients can help to weather that,” says Thando Mhlambiso, director at South African asset manager Allan Gray, which has operations in Namibia, Botswana and Nigeria, and this year is moving into Kenya. “If you come through only once a year maybe it’s much more of a transactional relationship – and you can expect to get that termination letter as soon as things go south.”

Indeed, while the likes of BlackRock are present, they will typically have a light footprint. Even the most exciting African growth markets remain a small opportunity sector for non-African asset managers, and the cost of setting up offices and building networks and infrastructure is costly and time-consuming. The question is whether the potential returns warrant putting in that kind of investment.

“Franklin Templeton is the single largest manager of offshore allocations of Kenyan institutional investors,” says Mhlambiso. “It has been able to get there without having an office on the ground. Most of the US players have done something similar – made distribution arrangements with local players. How sustainable is it? I don’t know. But I understand why: Africa is still a very small market, beyond South Africa. In ten to 20 years, if these reforms keep going, it could be a very different picture. I would certainly expect more competition.”

While the threat of foreign players may not be as great now as it will be, South African asset managers should beware of other potential pitfalls in these apparently gilded growing markets. For starters, each country imposes different conditions on asset managers operating there. It may take two years to get a fund approved by the regulators in Nigeria, for example, which helps explain why there are fewer foreign players there than in, say, Kenya, where funds don’t even require approval. You can market and distribute a fund in Kenya just by going through local players. Then there is the fact that growth, though it looks enticing, is still volatile. Look at Nigeria, the giant of West Africa, which is suffering from the plummeting oil price and terrifying headlines about Islamist group Boko Haram.

For this reason, any expansion should probably be handled gently, with risk in the faster-growing markets balanced by assets in the more stolid South Africa. Allan Gray typically spends ten years or more developing a strong foundation in each market, with a product that actually serves a need. “Yes we will consider population growth, GDP growth and the size of the country’s asset management industries,” says Mhlambiso, “but in and of themselves these criteria won’t lead us to establish a beachhead in that country – even if those numbers look really interesting.

“Remember: you’re not going into a vacuum. We have to consider whether, given the interesting numbers, we can actually add value to what’s already there. That’s a harder question to answer, but it’s important to be sure.”