PRIVATE EQUITY: Recovery on the horizon 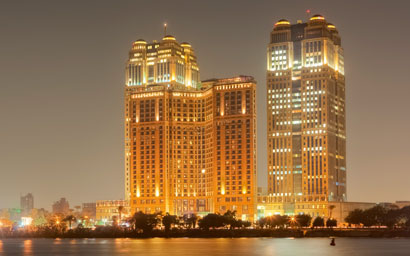 Private equity activity is still far from the exuberant pre-financial crisis days, but reports of a handful of big deals, and improved governance standards, give investors hope. Orlando Crowcroft reports.

Political and economic volatility in the Middle East and North Africa has always been a challenge for private equity investors who target the region.

With war raging in Iraq and Syria and a slump in oil prices continuing into 2015, there is little reason to suppose the next few years will be different. In 2008, the private equity industry in the MENA region raised $6.4 billion. In 2013, it raised a tenth of that.

But industry experts remain hopeful about 2015. They point to very real improvement in the economy of Egypt, which was always on the radar for investors prior to the 2011 revolution, and are confident about the UAE and Saudi Arabia, where local companies and capital markets are becoming more open to foreign investment and fiscal scrutiny.

BIG DEALS
A number of potential deals reported in the second half of 2014 give private equity investors hope of more activity in the coming months. TPG Capital and Abraaj Group were poised to take a majority stake in Saudi Arabian fast-food chain Kudu in a deal estimated at $533 million. Reports say the deal has now been signed. Lebanese retail giant Azadea, which has the Middle East franchise rights for clothes brands Zara and Superdry, was reported to be selling a stake worth up to $500 million.

Then there were reports that buyout firms including CVC Capital Partners and TPG Capital were bidding for Kuwait Food Company, which operates around 1,500 KFC and Pizza Hut restaurants in the MENA region. The deal could be worth as much as $4 billion, according to estimates.

These deals had not been confirmed as Funds Global MENA went to press, but the jump in speculation at the end of a tumultuous year for the Middle East demonstrated that confidence remained and that major players were involved.

“It is publicly known that many of the international funds are seriously investigating certain deals in the region,” says Imad Ghandour, managing director of MENA-based private equity firm CedarBridge Partners. “By historical standards, excluding the hyped years of 2006-2008, 2014 seemed to be a very active year, and I remain fairly optimistic about 2015.”

There is particular interest in Egypt, buoyed by some $20 billion in aid from allies such as Saudi Arabia and the UAE, which has made economic strides since the overthrow of Mohamed Morsi in a coup in 2013. Cairo’s stock exchange was up more than 30% in 2014 and once again Egyptian companies are looking attractive for investors.

Meanwhile, the recent slump in oil prices has, as yet, done little to damage the UAE’s growth, as Dubai ramps up construction ahead of the 2020 World Expo, with tourism figures continuing grow. The huge wealth of Abu Dhabi’s sovereign funds ought to help the emirate withstand the current slump.

Saudi Arabia, which took its first steps towards opening up its stock exchange to investors in 2014, remains somewhat opaque, but its large population and range of mid- and large-cap companies have always attracted the bolder regional funds. While the recent oil price slide will hit Saudi government revenues, many economists believe the country’s foreign currency reserves will help its economy survive unscathed.

Some have even argued the current economic climate could make MENA companies more attractive. In recent years, some have said shares in MENA companies were overpriced. If the oil price slide forces a more realistic attitude, it will have a positive effect on the region as a whole, says Richard Rollinshaw, private equity leader at consultancy PwC.

“While the recent decline in oil prices has tempered sentiment and caused uncertainty among investors, some players view this as a positive as they believe it will reduce the valuation gap between sellers and buyers, which was beginning to widen,” he says.

RAISING THE BAR
But it is not only regional instability or unrealistic share prices that have discouraged investors in the MENA region in the past. There has long been a concern that companies in the Middle East do not meet the same standards of governance or transparency that investors expect of western companies.

Many feel that in recent years, however, there has been an improvement in governance and transparency. Companies have responded to increased foreign investment by raising standards, and this process has led, in turn, to more investment.

“The discussions I have today are very different than those I had ten years ago when I started investing in the region,” says Ghandour, of CedarBridge Partners. “We notice that transparency and governance have improved tremendously in public and private companies. It is now common to see international auditors mandated by even small businesses.”

Another thing to remember is that those private equity players that have invested in emerging markets in the past tend to expect a challenge in terms of regulation, transparency or financial reporting. Though making deals might take more time, it is justified by the returns available in the region.

“While this issue is more or less prevalent in all markets in the region, it is generally more acute in certain markets – for example, Egypt and Saudi Arabia – than others,” says PwC’s Rollinshaw. “In our experience, if all sides are equally keen to do a deal, these can be overcome.”

Among the most attractive sectors for private equity players are infrastructure, education and healthcare, says Rodolphe Pellerin, national partner at law firm Dechert. This is due, in many cases, to the failure of governments in the MENA region to develop these sectors, which creates opportunities for private equity firms.

“Education is particularly attractive, with students typically enrolling for several years,” he says. “Private equity investors can have long-term visibility over their cash inflows.”

LOCAL PLAYERS
Much of the recent deal activity in the private equity space has been dominated by large, successful, locally based funds. In the short term, industry players do not expect international private equity houses to set up MENA-dedicated vehicles. But that does not mean foreign players will stay away altogether.

“We expect international private equity houses to continue to look at deals where the sector fundamentals are strong and the deal size is right, on a selective and opportunistic basis,” says Rollinshaw.

As with many areas of investment – particularly in emerging markets – fortune will favour the brave. Those willing to play the long game in the region have been rewarded for their foresight in the past, and probably will be again.

“The region does have a heightened risk of political instability and conflict. However, these risks are understood and managed by local fund managers,” says Ghandour. “For example, many fund managers who invested in Egypt in 2012 and 2013 are reaping significant gains today, despite the currency depreciating.”