FRONTIER MARKETS: Pushing at the boundaries 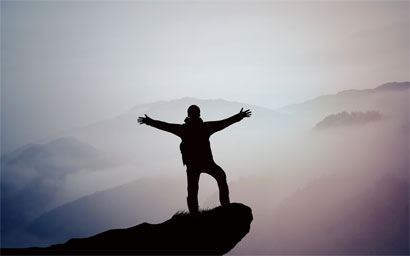 Nine countries in the Middle East and North Africa are classified as frontier markets by index compiler MSCI, but only seven are part of the Frontier Markets index. We profile them below.

The MENA region has always been home to some of the best known frontier markets. Admittedly, the region’s weight in the MSCI Frontier Markets index fell when the index maker promoted the UAE and Qatar to emerging markets last year. However, out of the 24 countries in the index today, seven are in the MENA region, including the largest component by market capitalisation, Kuwait.

The region has benefited from the recent fashion for frontier market investing for the simple reason that its markets are larger and more liquid than those in the rest of Africa, frontier Asia and elsewhere.

“The MENA market is at a more advanced stage compared with other frontier markets, in market cap, liquidity and the level of foreign participation,” says Rami Sidani, manager of Schroders’ Frontier Markets Equity fund, which with $1.6 billion under management is one of the largest frontier funds on the market.

Of course, the growth drivers in, say, Kuwait, are not the same as those in Bangladesh. In the Gulf countries, the focus is less on population size and growth rate and more on government spending, which has been the main provider of jobs. Amid these trends, an aggressive expansion of the capital markets in the Gulf, notably in Saudi Arabia, has enlarged the opportunity set for frontier equity investors.

Sidani also invests in smaller stock exchanges in the region such as Casablanca and Beirut, provided he can find investments that meet the fund’s liquidity needs. In addition, he continues to invest in the UAE and Qatar despite MSCI’s decision to classify them as emerging markets. “We feel markets do not change their identity overnight,” he says.

That said, the decisions of index providers are important, because they change benchmarks and force many managers, especially passive managers, to alter their holdings. The big story this year is the possible inclusion of Saudi Arabia in the Frontier Market index. With a market capitalisation of nearly $500 billion as of the start of January, the Saudi stock exchange is nearly five times larger than the Kuwaiti bourse. The Saudi authorities have vowed to open the exchange to direct investment from qualified foreign institutions, which may lead to inclusion in the Frontier Market index and, ultimately, the Emerging Market index too.

If Saudi Arabia were to enter the Frontier Market index, the MENA region would become by far the largest regional component, with Saudi Arabia alone potentially accounting for more than half the combined market capitalisation. MSCI says, however, that it will exercise caution before making such a move, so as not to “destabilise” the index.

Saudi Arabia is not the only frontier market waiting on the sidelines. The Palestinian Exchange, with a rather less imposing market capitalisation of $3 billion, is also classified as a frontier market by MSCI while not being included in the Frontier Market index.

KUWAIT
Market capitalisation: $99 billion
The single largest weighting in the Frontier Market index, Kuwait is too big for frontier market investors to ignore. With huge oil reserves and a small population, it is one of the richest countries per capita in the world. Stocks such as National Bank of Kuwait reflect the significant presence of the banking sector on the exchange. There are also a large number of investment firms. Some investors complain about a lack of transparency in the country’s capital markets. Meanwhile, political deadlock has stalled some infrastructure plans in the country.

BAHRAIN
Market capitalisation: $54 billion
Bahrain’s finance industry has not enjoyed the growth seen in its near neighbour, the UAE, in recent years, but the Bahrain exchange is still large in frontier market terms and contains some interesting stocks, such as telecoms firm Bahrain Telecommunications. Some view Bahrain as a riskier investment than elsewhere in the Gulf due to political instability and comparatively low foreign exchange reserves, which may mean the country has less of a cushion against low oil prices than the likes of Kuwait. However, Bahrain remains a significant part of the Frontier Market index and a strong player in the Gulf’s financial services industry.

MOROCCO
Market capitalisation: $53 billion
The Casablanca Exchange returned to the Frontier Market index in November 2013 when MSCI decided to downgrade the country, which was previously classified as an emerging market. The exchange had failed for several years to meet MSCI’s criteria for liquidity. Fund managers were divided on whether the downgrade was a good or bad thing. Some said the return of Morocco as a frontier market indicated the exchange was undervalued and regarded the move as a buying opportunity. Others said MSCI’s decision showed liquidity was destined to stay low for years to come.

JORDAN
Market capitalisation: $25 billion
Like many equity markets in the MENA region, the Amman Stock Exchange contains a large number of stocks in the financial sector, with Arab Bank the most traded stock in 2014. The exchange is also home to a number of real estate companies, some of which saw significant trading activity last year. In its end-of-year report, the exchange noted that trading across the exchange rose during 2014 and hailed the positive performance of the index in the face of regional instability in nearby Syria.

OMAN
Market capitalisation: $24 billion
The Muscat Stock Exchange, which is small by the standards of other Gulf countries, has attracted interest from investors who are keen to gain exposure to rapid industrialisation in the country. Some say the country could be a beneficiary of a détente between Iran and the west, which would pave the way for a crucial gas pipeline project and allow the country to regain its historical role as a trade link between India and the Middle East. However, like Bahrain, the country stands to suffer from low oil prices and may have to borrow to meet its government spending needs.

LEBANON
Market capitalisation: $12 billion
A country of just 4.5 million people, Lebanon nevertheless exerts a big influence on the MENA region thanks to its active and business-minded diaspora. The Beirut Stock Exchange, however, is small, with relatively few listings. These are mainly from the banking sector, such as Blom Bank and Bank of Beirut, although the controversial development company Solidere also has a listing. The country’s fortunes are to some extent dependent on the outcome of the Syrian civil war, just over the border – Lebanon is already home to an estimated 1 million refugees from the conflict.

TUNISIA
Market capitalisation: $9 billion
The Bourse des Valeurs Mobilières de Tunis, which was founded in 1969, remains a small component of the Frontier Market index. Inevitably, it receives less attention from frontier market investors than some of the larger index components. That said, Tunisia is an interesting market. Although the Arab spring is widely regarded as beginning in Tunisia when an irate street salesman set himself on fire, the country has gained plaudits for a relatively smooth transition to democracy.

SAUDI ARABIA
Market capitalisation: $485 billion
The Saudi stock exchange, the Tadawul, is a regional behemoth. Although the market capitalisation of the exchange has declined in recent months – a trend linked to the plummeting oil price – the Tadawul remains the largest and most liquid exchange in the MENA region by far. Because the exchange is currently closed to direct investment from investors outside the Gulf Cooperation Council area, the country is not included in the MSCI Frontier Market index. However, the Saudi regulator plans to open the Tadawul to direct investment from qualified foreign institutions in the first half of this year. As a result, MSCI may award frontier market and ultimately emerging market status to the exchange.

PALESTINE
Market capitalisation: $3 billion
Small even by frontier market terms, the Palestine stock exchange has nevertheless attracted some adventurous investors who want an asset class that is not correlated with other global markets. Interestingly, the Palestine Exchange seems to exhibit little volatility, even during hostilities with Israel, such as during 2014 when the Israelis shelled Gaza in retaliation for rockets fired by Hamas. Fund managers say the relative stability of the bourse occurs because most investors in the exchange are Palestinians either living in the country or abroad, who have no intention of pulling their money out in response to fighting.