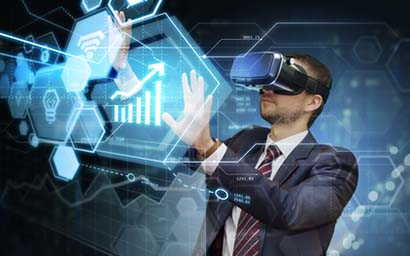 Saudi Arabia’s Public Investment Fund has reportedly invested $461 million in a controversial artificial reality start-up. Magic Leap has so far attracted more than $2.3 billion in funding with its latest round of financing totalling $963 million. Singapore’s Temasek Holdings made up the remaining $502 million. The start-up aims to launch an artificial-reality headset and developer kit, the Magic Leap One headset Creator Edition, that it claims will produce a photo-realistic augmented and mixed reality experience and will be launched in early 2018. Magic Leap has attracted scepticism from the tech media that points out that, despite launching in 2011, it has yet to put out a single product. Nor has there been a live demonstration of any of its products. Most damagingly, Magic Leap was forced to admit that a marketing video it produced did not feature images from its technology but was instead made by a Hollywood special effects company. The company boasts a number of well-known investors including Alphabet (Google), Alibaba Group, Qualcomm, Warner Bros and JP Morgan Investment Group. ©2018 funds global mena