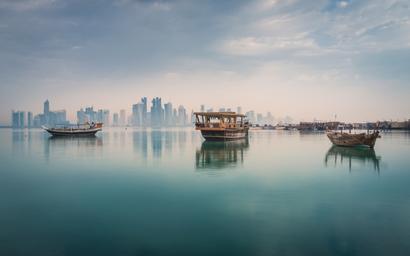 The Qatar Investment Authority (QIA) is reportedly planning to up its stake in troubled Swiss bank Credit Suisse. This would mean that up to a quarter of Credit Suisse shares would be owned by Middle East investors. Qatar’s sovereign wealth fund is teaming up with the Saudi National Bank to participate in the share sale, according to sources quoted in the Financial Times. Credit Suisse is looking to raise more than US$6.2 billion from the sale, which would be used to find a wide-ranging restructuring. The Swiss bank has suffered a series of scandals and investment losses in the last two years that began in February 2020 when its chief executive at the time, Tidjane Thiam, was forced to resign over the use of covert surveillance. Saudi National bank is set to invest SFr1.5 billion to acquire a 9.9% stake, while the QIA is expected to increase its existing 5% share in the Swiss bank.
QIA and Credit Suisse partner in credit venture
Credit Suisse opens Saudi wealth management office
©2022 funds global mena