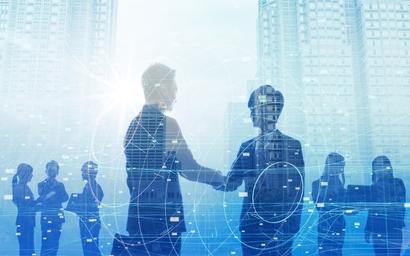 The Qatar Financial Centre (QFC) has made two appointments to its executive team. Sheikka Alanoud Bint Hamad Al-Thani has been named deputy chief executive officer and business officer. She will head up the business development and client affairs department. According to the QFC, she was integral in expanding the onshore financial centre in the last five years, including its expansion into China, the US, the UK, Germany and France In addition, Nasser Al-Taweel has been named as deputy chief executive officer and chief legal officer. He was appointed chief legal officer and board secretary of the QFC Authority in 2015 and leads the organisation’s legal department and oversees the QFC’s monitoring, enforcement and company registration offices.
Yousuf Al-Jaida, head of asset management at QFCA
Qatar welcomes first crypto exchange
©2023 funds global mena