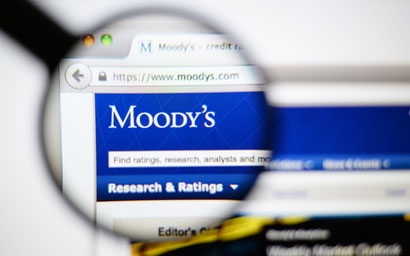 The government of Iraq has been given a Caa1 stable rating in the annual credit analysis by rating agency Moody’s. The rating reflects the “significant institutional and political challenges” and the deterioration of the government’s fiscal position over the past five years, states the Moody’s report. The rating agency does concede that Iraq is making slow progress on a structural reform agenda which includes an ongoing IMF programme and the development of new public institutions designed to make its public finances sustainable. It also highlights the relatively large size of Iraq’s economy, its substantial natural resources and high growth potential. But the task of diversifying its economy remains a challenge for Iraq because of infrastructure weaknesses such as an inefficient banking system, unstable electricity supply, skilled labour shortage and lax anti-corruption controls. A further decline in its sovereign rating, stated Moody’s, would reflect a rise in default rates or a further sharp increase in domestic political tension that disrupts oil production and the government’s ability to service its debt. ©2018 funds global mena