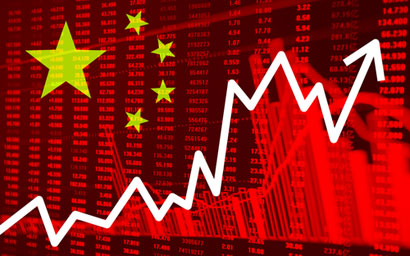 The vast majority (77%) of Middle East-based investors plan to increase their exposure to China over the next 12 months, according to a survey commissioned by Invesco. Almost half (44%) have widened their exposure to China over the last year and this is set to grow over the next year, given that 74% expect better economic conditions in China than other countries during that time.  Fund manager Invesco commissioned the survey of global investors and their exposure of to China which was carried out by Economist Impact. While China has experienced some economic headwinds over the last year, including geo-political uncertainty and the collapsing share price of conglomerate Evergrande, these do not seem to have affected Middle East investors’ view of investment opportunities in the country. And half of the survey respondents believe that the Covid-19 pandemic has increased their appetite for China-based investment. In terms of the asset classes most commonly used by Middle East investors, there is an even split between onshore fixed income and offshore equities, both of which are used by 48% of survey respondents. The survey also showed that technology innovation and renewable energy are among two of the most popular investment themes, as cited by 58% and 36% respectively. According to Invesco’s head of business strategy and development, China A Investments, Chin Ping Chia, the ESG market in China has been helped by improvements in disclosure and reporting standards, increased awareness among corporates and a political will to be more involved with climate change initiatives. “We believe the nation’s ESG and climate ambitions will bring far-reaching transformational consequences to the China investment landscape and shape the way Chinese companies operate,” he said.
Turkey wealth fund strikes $5bn China deal
Al Salam and MSA Capital launch China tech fund
©2021 funds global mena