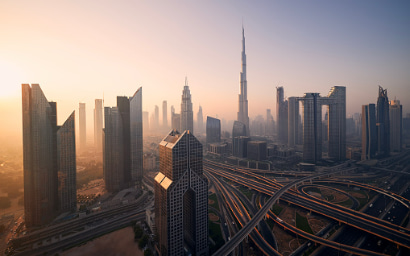 The number of mergers and acquisitions (M&As) in the GCC increased by 25% in the first half of the year. According to figures collated by Kuwait-based financial institution Markaz, there were 105 M&A transactions in the six months up to the end of June, compared to 84 in the corresponding period in 2021. The most notable acquisition involved Canadian institutional investor Caisse de dépôt et placement du Québec, which invested US$5 billion to acquire a 22% stake in assets owned by Dubai-based logistics operator DP World. GCC-based firms account for the vast majority (70%) of acquisitions, with many of those taking place within their local market. However, the greatest growth has come from foreign buyers, with 28 transactions completed in the first half of 2022, compared to 13 in the previous year.
Mena M&A activity rose by 66% in 2021
Middle East M&A activity declines in H1
©2022 funds global mena