INTERVIEW: Show me the (real) assets 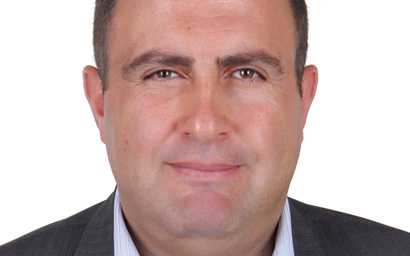 From property to private equity, âreal assetâ funds are still the preferred choice of regional investors. The US is a key market, says Fred Tabbal of Maples Fund Services. What does the average high-net-worth investor in the Middle East want from their funds? According to Fred Tabbal, they want either real estate or private equity and, increasingly, they want their investments to be denominated in US dollars. “So far in 2016, we’ve seen significant amounts of capital shift out of the region to markets such as the US,” says Tabbal, of Maples Fund Services. “Regional investors view the US as a safe haven. They feel valuations are attractive and debt is quite cheap.” In January and February, Maples Fund Services has supported the launch of four US-focused real estate funds by fund managers based in the Middle East. The target investors are typically high-net-worth individuals in the region and family offices. So far, it seems, the funds have hit their target. “Two of four were oversubscribed,” he says. “That should give an idea of the interest in the US.” GROWING
As head of fund services in the region, Tabbal can claim to have a good feel for the trends in the regional market.  Since he joined the company four years ago, Maples Fund Services has increased its Middle East team from three people to 25. From being a tiny part of the firm’s overall business, the Middle East has come to represent almost a tenth of the nearly $60 billion in assets administered by the firm as of the end of 2015. Tabbal says the company’s growth has been achieved by catering to what the regional market wants, which are typically closed-ended structures, including club deals and single-asset funds.  “Investors here go after real assets,” he says. “When they see a single asset fund or a club deal on an attractive asset, the fundraising cycle warms up.” Although Tabbal’s firm also counts some of the locally based hedge funds as clients, hedge funds in general are not such an easy sell in the region. “They don’t compare to the real estate and private equity business in terms of size.” By all accounts, Maples Fund Services’ expansion in the region has been rapid. Tabbal says his firm has won new mandates from the other fund servicing companies in the region while never losing a client in the region in the past four years. “In many instances, managers that had six or seven-year relationships with smaller service providers made a conscious choice to come to Maples and elevate their profile,” he says. Although Tabbal doesn’t name specific firms he has won business from, his rivals in the fund services space include Apex Fund Services and Sanne Group. Why have fund managers chosen Maples? Tabbal says part of the firm’s appeal is its affiliation with Maples and Calder, the offshore law firm that has had an office in the Dubai International Financial Centre (DIFC) – where Maples Fund Services also has its regional office – since 2005.  The close relationship between the legal and fund services entities allows the firms to accelerate fund launches to the benefit of clients, he says.  In addition, Maples Fund Services has a large Dubai-based team, which means it can service Middle Eastern-managed funds in the Middle East, rather than offshoring this administration work to other locations. Tabbal says the presence of on-the-ground servicing staff is a differentiating factor compared with some of the global banks, the likes of HSBC and others, which also offer fund administration services to Middle Eastern clients. “There are banking institutions that offer fund services in the region but most of it is outsourced to other service locations, versus us having a full services capability on the ground,” says Tabbal. “They may have bigger teams but the teams are not here.” DOMICILE
Although the funds market in the region is always evolving, one thing has not changed. The Cayman Islands remains the favoured location of most fund managers and investors in the region. Tabbal says it is because Cayman funds are well established, understood and flexible. That said, there has been a rise in applications for funds domiciled in the DIFC. Most of the new applications are for qualified investor funds (QIFs), a fund type introduced in 2014. QIFs are designed to be offered through private placement to high-net-worth investors with a minimum investment of $500,000 per investor and a maximum of 50 investors per fund. The introduction of the new fund type by the DIFC regulator was seen as an attempt to cater to local investors’ needs after the existing fund types offered by the DIFC experienced very little interest (Tabbal estimates there are about a dozen non-QIF funds domiciled in the DIFC). Tabbal says the new QIFs have generated some interest, though not as much as hoped. “The expectation was that QIFs would attract a lot more managers into the DIFC,” he says. “We are seeing a spike in interest, but not as much as expected. Although some managers are setting up DIFC funds, others are still flocking to traditional domiciles such as the Cayman Islands. He adds: “Cayman is the regional option because managers and investors are comfortable with it.” THE FUTURE
Given the large revenue growth at the Middle East business, it’s understandable that Tabbal is optimistic about his future in Dubai.  Born in Lebanon and raised in the US, he is a fluent Arabic speaker with qualifications in finance and accounting.  He began his career in the US before moving to the Cayman Islands to work for Caledonian Fund Services. He initially came to Dubai to work as an operations director at a unit of Dubai Holding before joining Maples in 2012. He has no plans to move any time soon. “We are a family of four,” he says. “Dubai offers a good balance for someone with my background, a mixed Western and Middle Eastern background. Dubai is a great destination for us to raise a family, to have a successful career and a great lifestyle.” ©2016 funds global mena