First of a kind 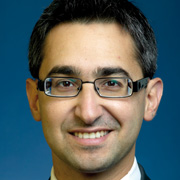 Qatar management firm Al Rayan Investment is operating in a country where there is a shortage of asset managers but much potential, Akber Khan, the director, tells Fiona Rintoul.

“The potential that exists in Qatar is enormous,” says Akber Khan, who has been director of asset management at Doha-based Al Rayan Investment (ARI) since 2009.

It is easy to follow his logic. The tiny emirate, with a population of just 300,000, has the world’s highest per capita production and proven reserves of both oil and natural gas, plus the world’s highest gross domestic product per capita. In 2010, the Qatari economy grew by an astonishing 19.4% – the fastest rate in the world. And not only is the country basically the wealthiest place on Earth, it is underpenetrated by money managers.

“Qatar’s asset management industry is very immature and in the earliest phase of development compared with other parts of the region,” explains Khan. “There is no shortage of retail and commercial banks but there is a shortage of investment banks and asset managers.”

Enter ARI, which was launched in the first half of 2008 as a wholly-owned subsidiary of Masraf Al-Rayan, and was the first Sharia- compliant institution to be issued with a licence to operate within the Qatar Financial Centre. It was an interesting time to launch, even in Qatar, says Khan, as the world effectively came to a standstill for a time in Q4 2008. ARI’s advisory business gained momentum when it won a $500 million (€370 million) mandate for a private debt and equity-raising exercise for a Qatari company in the
same year.

“In 2009, we didn’t have any products,” he says. “We focused on set-up, systems, processes, human resources and product development.”

Since then, the world has “re-started”, though it seems the engine may need some choke, and ARI (which is not to be confused with Abu Dhabi-based Al Rayan Investment) has set up an advisory division and launched the flagship Al Rayan GCC fund. No choke has been needed for these businesses, it would seem, which have won mandates of more than $3.5 billion.

ARI has been able to flourish, although the world has been traversing a difficult period, not just because of the wealth in Qatar, but also because of a shift in attitudes towards professional money management. Traditionally, a lot of investment made by institutions in the country and the rest of the GCC (Gulf Co-operation Council) region was done directly, not by fund managers.

“It was a cultural phenomenon,” says Khan. “Qataris, like so many people in the region, were merchants. They were used to buying and selling. With money, they chose not to go to professional money managers. They liked to do it themselves.”

But this is changing, partly because there are more money managers for investors to give their money to. There is not only a great deal of wealth in the region but also a great need for investment, providing a very a positive backdrop for investors.

“There is a very significant shortage of infrastructure,” he says. “Apart from Dubai, the rest of the region has abysmal infrastructure relative to the level of wealth. There’s a very clear understanding at all levels that a lot of money has to be pumped into economies
by governments to bring the infrastructure up to speed.”

Because of all these factors, ARI felt “comfortable and confident” that it would find a market for its products in Qatar. The Al Rayan GCC fund also had the benefit of novelty. Not only is it Sharia-compliant, it – unusually – invests in equities and sukuk, a type of Islamic bond. Furthermore, it is managed in-house by a Qatar-based company, as are the discretionary portfolios that make up about 80% of ARI’s assets under management. At the moment, the competition in Qatar is mostly from white-labelled offerings where the fund management is done in Saudi Arabia, Dubai or London.

“That makes a difference to our clients,” says Khan. “The sales people in our company are close to the clients and so are the fund management and research teams. Most of our client base is institutions, and it’s important to them to have easy access.”

Of course, in the world’s wealthiest nation in an extremely wealthy area (the GCC countries have a combined GDP of just over $1 trillion, making the region equivalent to the 13th largest economy in the world) replete with new investment projects, a money manager must expect new competition, and it is coming both from within the sector and without.

Khan says he welcomes it as it will help to improve standards in the region. “The regional asset management industry needs to get its house in order,” he says. “A lot was taken for granted in the past. Fees were too high and governance was poor.”

Meanwhile, there are also opportunities for companies such as ARI to expand outside the GCC zone. At the moment, the company’s investors mainly come from Qatar itself, but with the GCC region looking “very attractive from an investment perspective” (Khan notes that it can add positive demographics to its other strengths), there is potential for new business to come not just from other GCC countries but from other parts of the world as well.

“We are trying to capitalise on investment quality in the region,” says Khan. “When we look at investors in Asia, for example, we see significant appeal for our area.”