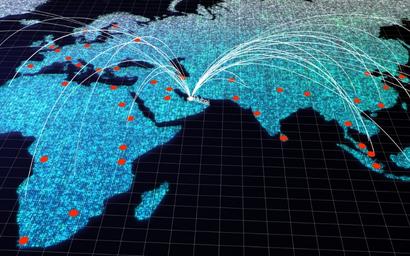 Between 1 January 2021 and 30 October 20211, the market capitalisation of cryptocurrencies tripled. That's when Bitcoin surpassed the famous $60,000 threshold. Unfortunately, the first eight months of 2022 wiped out this dramatic rise. The recent "incident" on the Terra Luna stablecoin, and even the difficulties of certain players in the ecosystem, have caused trouble for some well-known hedge funds. However, this environment has not dampened the ambitions of the Middle East, which remains enthralled by cryptocurrencies and innovation in general. A regulatory framework to attract the business of tomorrow
In order to further the development and appeal of the territory, most countries in the region have legislated by adopting an attractive regulatory framework. For example: - since 2019, Bahrain has implemented regulations in the cryptocurrency sector by granting licenses through the Central Bank of Bahrain. A licence in Bahrain can also open doors to other Gulf Cooperation Council member countries, namely Saudi Arabia, Oman, Kuwait and Qatar; - in March 2022, Dubai approved the Virtual Asset Law and established the VARA (Virtual Assets Regulatory Authority). This is an independent entity responsible for issuing licences. The direct consequence of these frameworks was to attract the major players in the ecosystem. Stock exchanges moved quickly and 2022 confirmed this acceleration, particularly with the arrival of leaders such as FTX and Binance, in addition to the very strong presence of the local pioneer BitOasis. This power of attraction is also evident in the ongoing search for talent. This skilled and indispensable workforce is essential for development. Schools such as the Citizens School in Dubai will accept, for example, payment for tuition fees in Ether or Bitcoin from September 2022. On the strength of this observation, the Middle East has invested heavily in event planning in order to attract influential people in this sphere. Thus, more than 100,000 people are expected to attend the famous "Future Blockchain Summit" conference to be held in Dubai in October 2022. In addition, schools dedicated to the world of cryptos have been opened. The launch of start-up incubation programmes, whether directly in the region or through collaborations with major European and American incubators, makes it a fertile ground for innovation. Brainpower is the new oil that will create the unicorns2 of tomorrow. Venture capitalists, for example, have placed their bets by creating dedicated programmes and incubators on these themes. More than 900 applications3 were received this year to take part in these programmes. Security tokens in the world of Web3 and metaverses
Initiatives related to the tokenisation of financial assets are expanding around the world and have huge potential. Societe Generale, which is part of the Forbes Blockchain 50, has demonstrated its dynamism on the market by carrying out real transactions, with issues on the primary market (including that of the European Investment Bank) as well as listing on the Luxembourg Stock Exchange and the secondary market with well-known institutional clients. In addition to media coverage, a number of structuring initiatives have also emerged in the Middle East. First, the Central Bank of Bahrain4 developed a pilot with the JPM Coin digital token in early 2022. Oman also plans to develop its own digital currency. In the area of security tokens, whether in renewable energy5 or even on Sukuks6, Middle Eastern countries have also demonstrated their interest in developing in this area. The Middle East, which is highly developed in real estate and tourism, naturally benefited from the innovations brought by NFTs7 and metaverses. First of all, in real estate, the purchase of tokenised real estate has already become a reality via the transformation of physical acquisition into digital acquisition, making it an attractive digital investment product. It is also possible to acquire a crypto asset. The Middle East also wants to take advantage of the opportunities offered by Web3. Huge investments have thus been made in metaverses through a dedicated strategy8, keeping in view the spectacular market potential of USD 13 trillion9 by 2030. It is likely that the attraction linked to the Football World Cup, which will take place at the end of 2022, will lead to further innovation. The Middle East has demonstrated its interest in issues related to blockchain, crypto and now Web3. The investments and the pragmatism of managers confirm that the region is more than ever an attractive area in terms of new business opportunities. The Middle East has understood that the best way to predict its future is to build it. Alessandro Cavallari, head of international sales, Societe Generale Securities Services and Laurent Marochini, head of innovation, Societe Generale Securities Services Luxembourg report.

1 – https://www.coinmarketcap.com
2 – Unicorn: The term unicorn is used to designate a start-up, most often from Silicon Valley that is valued at more than one billion dollars, not listed on the stock exchange and not a subsidiary of a major group. This expression was invented by Aileen Lee in 2013.
3 – https://www.cvvc.com/press-releases/cv-vc-dubai-launches-an-incubation-program-for-blockchain-teams-in-the-uae
4 – https://www.finextra.com/newsarticle/39473/bahrain-central-bank-trials-jpm-coin
5 – https://www.unlock-bc.com/news/2021-03-15/libra-project-asset-management-launches-first-exempt-digital-securities-offering-from-uae
6 – https://www.arabnews.com/node/1927956/business-economy
7 – NFT: Non-fungible tokens, i.e. a digital asset issued by a blockchain. Source: https://www.lebigdata.fr/nft-tout-savoir
8 – https://en.cryptonomist.ch/2022/08/03/dubai-new-capital-web3
9 – https://www.coindesk.com/business/2022/04/01/citi-sees-metaverse-economy-as-large-as-13t-by-2030