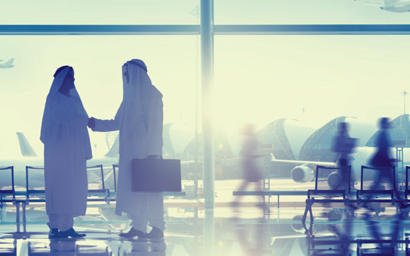 Low oil prices caused returns in the Gulf to skydive last year. Gerard Aoun of Thomson Reuters says the oil price will continue to determine stock values in the coming months. In 2015, Middle East stock markets were dragged down by plunging crude oil prices and an emerging market downturn, with little good news to distract investors. Egypt, which faced a severe foreign exchange shortage, was the year’s worst performer, with its main share index falling 21.5% from a year earlier. Saudi Arabia’s Tadawul index shed 17% and the Dubai Financial Market index lost 16.5%. Stock markets in oil-exporting Gulf Arab states have mostly been tracking crude prices, which fell to their lowest level in more than a decade, leading governments to cut spending and embark on fiscal reforms to cope with budget deficits. Qatar’s stock market index ended 2015 down 15% and Bahrain’s index fell 14.8%. Abu Dhabi was the most resilient market, slipping less than 5%. SOME HOPE
This year, investors have largely remained on the sidelines as oil prices fell below $35 per barrel based on concerns of a supply glut and slowing global growth. Rising tension between regional rivals Saudi Arabia and Iran, which are fighting proxy conflicts in Yemen and Syria, also added to market jitters. However, corporate profitability across several sectors remains strong and equity valuations on major Gulf markets are now at attractive levels. A Reuters survey of Middle East fund managers in January 2016 showed that 43% of respondents expect to raise their Middle East equity allocations in the next three months, while 7% expect to cut them. The UAE was the favoured equity market in the region, with the survey finding that 57% of managers expected to increase exposure there and 7% planned to reduce it. Fund managers were split towards the Saudi market, with 29% planning to raise their allocations and 21% planning to cut them. SUPPLY GLUT
Oil prices are expected to continue dictating movement on Gulf bourses as markets look for signals from Saudi Arabia and other oil exporters about whether they will continue to focus on protecting market share or move to curb production. Russia and Saudi Arabia agreed on February 16 to freeze oil output at January levels, but said the deal was contingent on other producers joining in. However, Iran has said it aims to hike output to regain market share after the lifting of sanctions in January following an international deal on Tehran’s nuclear programme. Since the sanctions were lifted, the Tehran stock market index has soared around 18% and average daily trading turnover has tripled to around $150 million from last year. Gerard Aoun is the community editor of Thomson Reuters’ Trading Middle East ©2016 funds global mena