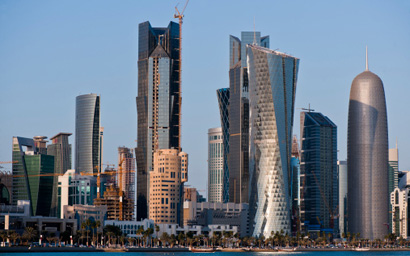 Qatar’s economy is likely to withstand the economic impasse imposed by a Saudi-led alliance of neighbouring states, according to a report from Japanese banking group Mitsubishi UFJ Financial Group (MUFG). While the report suggests that the worst economic impacts have already hit Qatar, it also states that a swift resolution to the stand-off is unlikely. It cites meetings between the alliance, which also features the UAE, Bahrain and Egypt, and opposition figures within the Qatari Al Thani royal family advocating for regime change that are “fuelling tensions in the GCC diplomatic crisis”. However, while the report refers to “a deeply polarised stalemate”, it also cites the news that US President Trump will meet with GCC leaders in March and April as an apparently “significant breakthrough”. “Whilst the situation still remains fluid, the probability of rapprochement has considerably increased with President Trump likely to use his political clout to force the Saudi-led alliance to moderate their demands and Qatar to adjust its decision-making structure,” states MUFG. In terms of the economic impact, the report states that a “new normal” appears to be embedded into markets where risk assets are being repriced at higher levels and the market is adjusting accordingly. In part, this market equilibrium is supporting MUFG’s view that “the brunt of the economic impact [on Qatar] looks likely to have passed”. ©2018 funds global mena