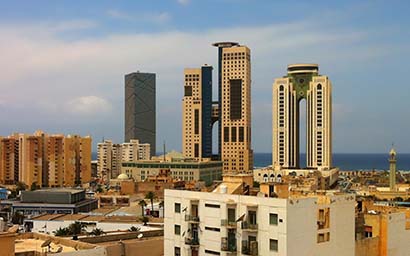 The Libyan Investment Authority (LIA), the Arab state’s troubled sovereign wealth fund, has published a seven-point reform strategy for 2020 designed to bring it into line with international best practice. The LIA also hopes that the reforms will increase confidence in its governance and management from such bodies as the UN Sanctions Committee. The fund has had its $67 billion worth of assets frozen since the fall of former dictator Muhammar Gaddafi in 2011 due to UN sanctions. It has also been embroiled in a legal battle with the British government which has pushed for some of the fund’s frozen assets to be used to compensate British victims of Irish Republican Army acts of terror. And in February 2019, the LIA had to contend with an arrest warrant for its chairman issued by Libya’s attorney general. The reform plan includes measures to improve operational processes, increase disclosure, protect its assets, resolve existing and potential disputes, remove conflicts of interest, improve compliance with the International Forum of Sovereign Wealth Fund’s Santiago Principles, and strive to reclaim the LIA’s frozen funds. The LIA has also employed consulting firm Oliver Wyman “to provide strategic guidance and support” as of January 2020 and to help unlock some of its frozen assets. © 2020 funds globa mena