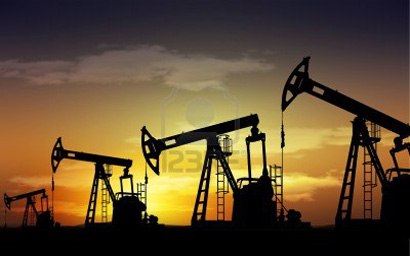 Gulf states could see their financial wealth dwindle in the next 15 years due to falling oil revenues unless they accelerate their fiscal reforms, warned the International Monetary Fund (IMF). The six countries in the Gulf Cooperation Council (GCC) account for just over one fifth of the world’s oil supply and have a financial wealth of more than $2 trillion according to the IMF’s estimates. However, this figure could be much reduced in the years to come as hydrocarbon revenues fall. Oil prices have been falling since 2014 and the IMF also states that global demand for oil could peak as soon as 2040 amid calls for increased environmental protection.   The GCC states have introduced reforms to reduce the reliance on oil-based revenues, such as the introduction of a VAT regime which has been welcomed by the IMF. But the Washington-based fund states that “the effect of lower hydrocarbon revenue is yet to be fully offset”. Under the current fiscal stance, “the region’s existing financial wealth could be depleted in the next 15 years”, states the IMF report. "All GCC countries have recognized the lasting nature of their challenge ... However, the expected speed and size of these consolidations in most countries may not be sufficient to stabilize their wealth,” states the IMF. Some senior figures in the GCC’s sovereign wealth funds have called for the region to heed the IMF’s warnings. Al Mokarrab Al Muhairi, deputy group CEO of Abu Dhabi’s sovereign wealth fund Mubadala, called the IMF’s report “an important call for action”. Speaking at a conference in Abu Dhabi held by the economic think tank the Milken Institute, Al Muhairi said that the region’s hydrocarbon wealth may have transformed the GCC states over the last 45 years but could not be expected to achieve the same impact in the next 45 years. “If you want to maintain relevance as an economic hub and to ensure the best quality of life for your citizens and the people who live in one of the most open economies in the region, we need to keep growing,” he said. “To keep growing, we need to ensure that the economy is innovation-led, to become a technology developer and exporter, and to continue to look for ways to address some of the big issues of the day.” © 2020 funds global mena