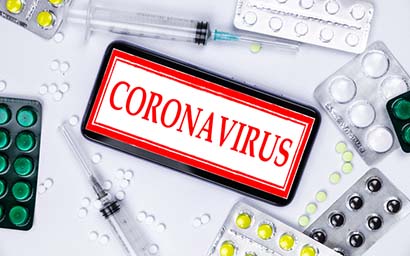 Fund managers in the Middle East continue to count the cost of the coronavirus as local stock markets and government bonds fall in value, following the World Health Organisation’s (WHO) decision to label the virus a pandemic and the subsequent travel bans issued by countries such as the US. Among the most affected were oil producers as a price war between Saudi Arabia and Russia rumbles on. Saudi Aramco, the largest oil producer in the region, saw its shares fall by nearly 4% on March 12, slightly less than the 5% drop in the Brent crude market but almost 11% less than its December 2019 initial public offering price. Data from Refinitiv showed that Saudi Arabia’s stock market index, the TASI, fell by nearly 5% on the same day while the Kuwait bourse was forced to suspend trading. Meanwhile, international bonds issued by GCC governments also suffered. Saudi government bonds due to mature in 2046 lost 2.8 cents in value while Abu Dhabi dollar bonds were down by more than 4 cents and bonds issued by Oman and Bahrain also suffered significant losses. A local fund manager quoted by Reuters called the market movements and ensuing debt sell-off a “bloodbath” while credit rating agency S&P predicted further losses. "Covid 19 will weigh on the economies of the GCC region as weakening global demand drags down oil prices and hampers important industries such as tourism and real estate," it stated in a global report. Earlier in the week, Gulf markets had rebounded following a tumultuous two days between March 8 and March 9 when close to $400 billion was wiped off the value of local equities. News of economic recovery plans had raised investor hopes but the declaration of pandemic status by the WHO led to a further decline in markets. © 2020 funds global mena