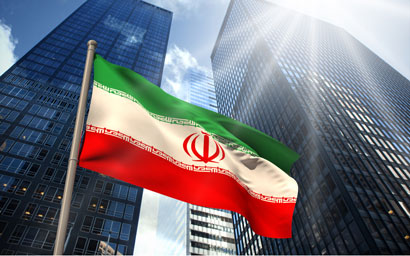 Iran has re-established brokerage links with 450 foreign banks as it seeks to rejoin global financial networks, according to state media.

The statement, delivered by Mohammad Shariatmadari, vice president for executive affairs, and reported by the government owned Islamic Republic News Agency, may be intended to boost confidence in a financial rapprochement that is taking longer than many investors hoped.

In the statement, Shariatmadari remarked that restarting inter-bank relations and setting up local currency exchange mechanisms would “take time”. He also said he hoped big foreign banks would follow the lead of their smaller peers by re-engaging with Iranian banks, according to the report.

Following a deal on Iran's nuclear programme, a number of financial sanctions on the country were lifted on January 16. Tehran-based Turquoise Partners, which manages foreign money invested in the Iranian stock market, said the day was a “historic moment” that would allow foreign investment to return to the country after years of exclusion.

However, foreign cash has yet to flood into Iran as hoped. The reticence of large foreign banks to provide custody services in the country for fear of jeopardising their operations in the US has been blamed by some.