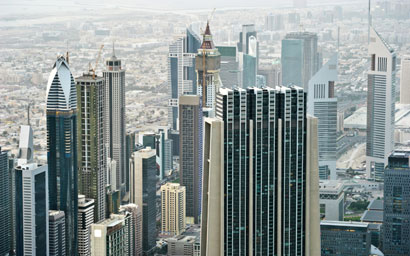 The Dubai International Financial Centre (DIFC) â which offers a way for international firms to access the Middle East, though rental costs are high â has revealed it currently houses 1,113 active registered companies.

It says a fourth business centre is under development, which will add 11,000 square feet of office space.

The figure comes as the DIFC, which is attempting to build itself as a regional hub for asset management, celebrates ten years of existence from when it started with 19 companies in 2004.

The centre's workforce has increased by more than 200 times from the original 75 professionals, and now numbers 17,000.

Since the DIFC's creation, the financial sector's contribution to the GDP of Dubai has risen from 5.5% in 2004 to more than 12%.

The centre aims to develop Islamic finance laws to support Dubai's goal of becoming a hub for sharia-compliant investment. Future plans also include targeting clients from China and Africa.

The development of DIFC has not been without its problems. In an interview with Funds Global MENA in July, Chirag Shah, chief strategy and business development officer of the DIFC Authority, admitted that that rental costs at the centre are expensive, and the stubbornly low number of funds domiciled at the DIFC is "lagging indicator".