ZAWYA: A mixed picture in the first half 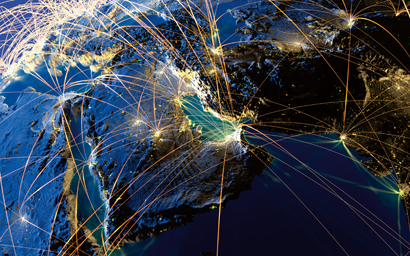 The UAE markets lagged behind Saudi Arabia in the first half of the year, while stock indices for Egypt, Bahrain and Qatar all fell. Middle East equity markets diverged in the first half of the year as low oil prices and militant attacks complicated the picture for global investors. Many analysts were focused on Saudi Arabia, which opened to direct foreign investment for the first time on June 15. The Riyadh index climbed 9.04% in the six months to June 30 and Middle East fund managers surveyed by Reuters in June attributed this to strong buying of Saudi stocks by local retail investors ahead of the Saudi market opening. The UAE markets failed to keep up with the growth in Saudi Arabia. Dubai was up 8.29% and Abu Dhabi gained 4.29% in the first half.

The Reuters survey found that fund managers remained positive on the Saudi market in the long term, but that many believed stocks there have become richly valued. Fund managers have returned to favouring UAE stock markets, citing more attractive valuations.  During the first half of the year, GCC markets frequently tracked oil prices, which in June were still 50% below the highs of 2014 but up over a third from a January low of around $45 a barrel. While Gulf petrochemicals firms reported poor first-quarter earnings on the back of the low oil prices, some other key sectors such as banking beat analysts’ estimates. Also, liquidity in the UAE and other Gulf banking systems has remained ample despite a reduction of oil revenues. However, market sentiment in the first half of the year was dampened by militant attacks in Kuwait, Tunisia, Saudi Arabia and Egypt, as well as the Greek debt crisis.  In Egypt, which is also dealing with a foreign exchange shortage, the main index was down 6.63% by the end of June. The Bahrain index fell 4.29%. Qatar, meanwhile, edged down 0.69%. The index of the top 20 Qatari companies had briefly dropped below the 12,000 mark in May after news about the launch of criminal investigations over alleged corruption at FIFA shook investor confidence in the Qatari economy, where several infrastructure developments have been launched in preparation to host the World Cup 2022. Analysts have said that oil prices could stabilise for the remainder of the year, which combined with continued government spending on infrastructure projects in Gulf Arab states, may revive the regional IPO market. Funds activity in the Middle East and North Africa was promising in the first half of the year, with 30 new funds starting trading, according to a Zawya report. Most of the newly launched funds invest in equities and fixed income instruments, and are mainly focused on Saudi Arabia and Morocco.  A key boost to the Saudi market would be its inclusion in MSCI’s emerging market index, but MSCI has said this would not happen before 2017. The Zawya data was compiled by Gerard Aoun, community editor of Thomson Reuters’ Trading Middle East online forum. 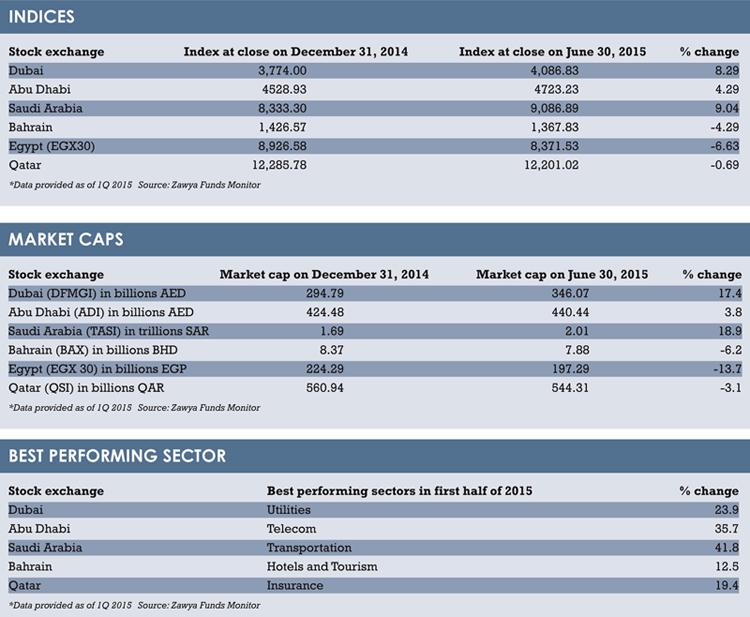